Read more about the life story of Carl and share your memories in the Tribute Book.

Carl “Sonny” R. Glidden, 81 years old, of Wolfeboro, New Hampshire.  Passed away peacefully November 16, 2022, surrounded by his loving family by his side after a period of declining health.

Carl being born on October 29, 1941, in Wolfeboro and was the son of the late Carl S. and Bernice (Ames) Glidden.  He attended local grammar school and then attending Brewster.  After attending school, he joined the Army National Guard in 1960 where he had basic training at Fort Dix and later serving his Country here in Wolfeboro from what’s now known at the “Old Armory” – Wolfeboro Power Company on Middleton Road in Wolfeboro.

Carl was known by many in the area, but he caught the eye of Susan (Massey).  He later married this young lady (Susan) in 1969 and she became the love of his life and the two celebrated 53 years together.  They both settled down and created a warm loving home for their family and friends in Wolfeboro.

Carl worked for many area contractors including E.V. Moody until he went out on his own become a great carpenter, and he truly enjoyed working.

Carl enjoyed in his younger years bowling at the old bowling alley in Wolfeboro where he served on a men’s league for many years.  Sometimes he would go fishing or catching a NASCAR race.  He could also be seen from time to time on the golf course, but of all his true passion was hunting with his grandchildren.  Certainly, a high point in his life was when he was present for when one his grandchildren shooting a 10-point buck.

Carl would make a point to attend as many sporting events for his grandchildren as possible.  He loved watching them excel in the sports they played.

Carl being a true native of Wolfeboro will be greatly missed by his family and many friends.  He is survived by his wife Susan L. Glidden (Massey) of Wolfeboro; his three children, David Glidden of Sanbornville; Daughters Jennifer Lapolla and Husband John of Tuftonboro, and Barbara French and her significant other Robert Moholland of Wolfeboro; his Grandchildren include Jessica, Nikki, Taylor, Brittany, Haley and Travis; his Great-grandchildren include Kobe, Natalee, Will, Owen, Xander, Alleira.  Carl is also survived by his son-in-law Tobey French of Wolfeboro.  Carl was predeceased by his two sisters Mary and Nancy.

Calling hours will be at the Lord Funeral Home, 23 Club Lane, Wolfeboro, NH on Saturday, November 19, 2022, at 10 AM with a noon burial at the Pine Hill Cemetery in Wolfeboro.

To send flowers to the family or plant a tree in memory of Carl Roland Glidden, please visit our floral store. 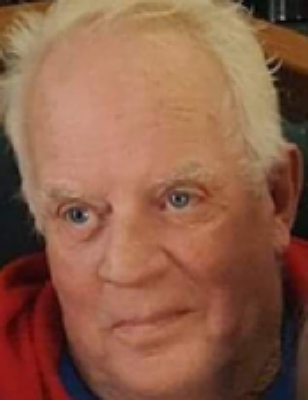