Read more about the life story of Nicholas and share your memories in the Tribute Book.

Nick struggled with substance use disorder for many years and at the time of his death he was clean for a length of time.  As a family we did everything we could to help him but in the end it still wasn't enough.  No matter how much love and family you have it doesn't stop addiction. On November 17th. 2022, Nick accidentally, overdosed privately at home with his family close by.

Nick was born on June 9th, 1987 in Malden, Massachusetts to Jennifer Caiazzo Dunlop and Stephen Rainho.  As a child Nick was a super athlete.  There wasn't anything he wasn't good at.  Nick and his cousin Chris had dreams of playing for The Revolution soccer team.  Nick spent a lot of time with his grandpa, cousin Chris and his Mimi who played a big role in who he became.

Nick grew up in Revere, Mass and moved to Laconia, NH when he was 11.  Nick started soccer at age 4 with his aunty Rachel and his Papa who is also an amazing Magician. He played like no other. He would run across the field moving the ball like it was part of his feet. He continued on and was so good, sometimes getting up to 5 goals in a game. At one point his mom Jenn, had to keep his birth certificate on her at the games to prove the other coaches and parents his age. Skate boarding was another love of his, along with doing tricks on his bike. Nick had a love for life and family. He truly enjoyed cooking, grilling and being outdoors. Nick loved family gatherings and often was the cook with his huge grill, big tent and coolers full of food and supplies for all. Nick enjoyed swimming through his whole life. He loved to swim at the family camp and then the lake house. There he would jump off the dock with one or two kids in hand. He loved that so much.

Nick collected a lot of hats and sneakers to match his clothes, He liked to look good.  He had a sentimental side treasuring lots of things given to him by family and friends he lost. Nick had a love for sports that he shared with his wife and kids. Hanging around the house with great food and family cheering on his team with the family was something that made him really happy.  Nick absolutely loved to be at his kid's games yelling from the sidelines and cheering his kids on, often volunteering at their games. Nick's funny personality would often be heard on recordings or videos he would send to his kids and family/friends. He had a smile that lit up the room and his laugh was one that made you laugh when you heard it. He was very protective of his family and friends and anyone that was hurt by someone else.  He always helped people in need with his kind and generous heart. Nick had a lot of passion for animals and rescued many dogs.  Nick would have had a house full of rescue dogs if we all didn't stop him! To say Nick's kids were his pride and joy is an understatement.  He spoiled them with love and gifts he loved them so, so much.  Nick loved to celebrate the holidays. Growing up Nick and his sister Brie enjoyed decorating for Christmas with eggnog and Christmas music the weekend after Thanksgiving with their mom. Even after Nick left home, he carried on traditions with his wife and kids each Christmas. Nick became a professional truck driver and a natural gift at backing into a dock on his first try every time. Nick was on his way to running the family trucking business.

To send flowers to the family or plant a tree in memory of Nicholas William Caiazzo, please visit our floral store. 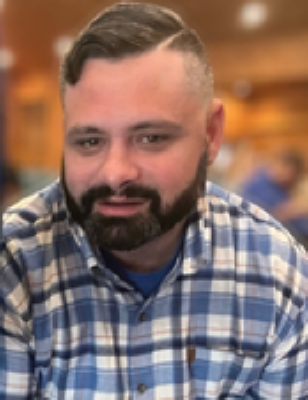