Share a memory
Obituary & Services
Tribute Wall
Read more about the life story of Robert and share your memory.

Robert Weir Grott, Jr, a longtime resident of Wolfeboro, NH passed away on January 19, 2023 at the age of 94.  He is often remembered as a “true gentleman”.

Bob was the first American born in his Scottish family.  His parents and sister came from Scotland and settled in Jamaica, NY where Bob was born.  He was very proud of his Scottish heritage – Scotland, and his relatives there, held a special place in his heart.

Bob graduated from MIT at the age of 19 with a degree in Mechanical Engineering.  He continued his studies there earning a second degree in Business.  While a student at MIT, Bob was a coxswain for the crew team and was very active in his Phi Sigma Kappa fraternity.

While in Boston, it is where he met his wife, Alice (Christine) Doe, of Wolfeboro.  Together they went to the west coast for a few years in California and Washington.

Following in his father’s footsteps, Bob worked for JO Ross Engineering designing air handling equipment for paper mills.  A transfer to Ross’ NYC office landed the family in Ramsey NJ where they lived for the next 20+ years. They had a wide circle of close friends in “the Club”.  Shortly after moving to NJ, Bob partnered with a group to start their own engineering firm, AER Corporation.

After the sale of the company in 1983, Bob “retired” and he and Chris relocated to Wolfeboro, where the family had been spending summers for many years.   Not actually retired, over the years Bob bought a furniture manufacturer, developed and sold real estate and was owner of Hamel Real Estate for a number of years.

Bob loved skiing, which he introduced to his family, and would take to the slopes almost every week all winter.   And he loved the lake—boating, water skiing and bourbon old fashions on the deck at 5.  He was a wonderful singer and used those talents to sing with barbershop quartets and impromptu song-fests with friends.

Bob was pre-deceased by his wife, Chris and also by his son Bob, III.   He is survived by his children, Alison and husband Mike, Andy and partner Jenn, daughter-in-law Tina and partner Damian, grandchildren Christina, Michelle, Erin, Devon, Garret, Kaitlin, Reid and Lexi as well as 7 great grand children.  Also survived by his special friend Helen.

A spring time memorial will be held for the family.  Donations may be made to the Arbor Day Foundation to plant trees in his memory.

To send flowers to the family or plant a tree in memory of Robert Weir Grott, Jr., please visit our floral store. 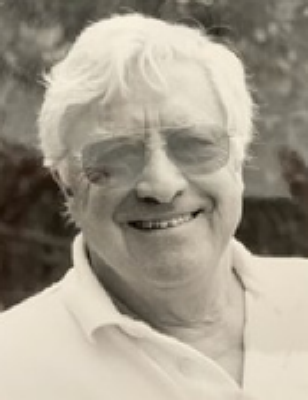 You can still show your support by sending flowers directly to the family, or by planting a memorial tree in the memory of Robert Weir Grott, Jr.
SHARE OBITUARY
© 2023 Lord Funeral Home. All Rights Reserved. Funeral Home website by CFS & TA | Terms of Use | Privacy Policy | Accessibility